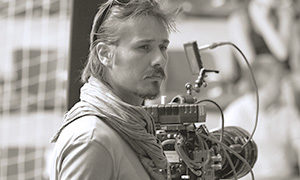 He is a freelance cinematographer and lives and works in Bulgaria, Europe. He graduated from National Academy for Theatre and Film Arts in Sofia (1998-2003 Master in Directing of Photography).
For many years he has worked as a Director of Photography in the ad business. Usually he is working with the biggest production companies in Bulgaria.
He has shot more than 200 TV commercials for clients as Danon, Toyota, Vivacom, Nestle, Interamerican, Coca Cola, Piraeus Bank, OMK, Globul and many others.
He has also shot many music videos in Bulgaria and abroad.