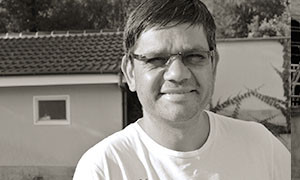 Dimitar “Shosho” Kotzev is an experienced and reliable director with a wide experience in TV and film. He has produced, directed and written his feature films “Lora from morning till evening”, "Monkey" and "The Fluids" and also the breakthrough TV series “The Fourth Estate”. He’s currently in pre-production for another feature titled "For You" and TV series for the biggest commercial TV in Bulgaria bTV titled "Alpha". Dimitar “Shosho” Kotzev has 25 years of professional experience and has directed TVCs for most major brands operating in Bulgaria. A versatile director he’s most appreciated for his work with actors and narrative commercials.