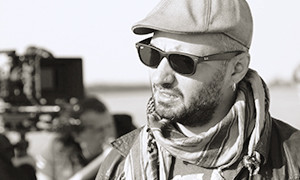 One of the most talented directors in the field of film and commercials, Drago graduated in Animation and  Film Directing from  the National Academy of Theatre and Film Arts.  Presently, he has directed more than 300 commercials and music videos.  "Shelter", his first feature film, was presented at over 100 festivals around the world and was bestowed the Grand Prix Award of the15th edition of Sofia Film Fest, in addition to over 30 other awards worldwide.