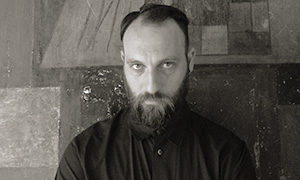 Fashion, commercial and music video director based in Kyiv, Ukraine. For over 15 years, Igor has been working as director and producer.