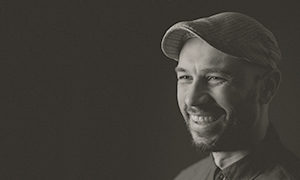 After graduating from the London Film Academy in 2007, Ivaylo Minov quickly established himself as a commercial director. Working between Sofia and London, he has crafted spots for Ikea, Lidl, Nestle, Fox, and many more. His work is wide-ranging – from mobile telecoms, through charities, to a presidential campaign. He’s had numerous successful collaborations with advertising agencies such as DDB, Lowe Swing, Leo Burnett, Publicis, Ogilvy & Mather, Huts JWT and Demner, Merlicek & Bergmann. Ivaylo's background is in journalism and theatre, and this has informed his style – based in realism and the search for full-blooded personalities. He’s already written and directed several award-winning short films, and maintains an active interest in photography and screenwriting.