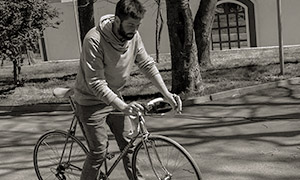 Julian is an award-winning cinematographer, who completed his education in the Film- & Ferhnsehakademie Berlin (DFFB) and is currently living in Berlin and Sofia.

His feature films were presented at nearly all the major film festivals, taking home The Grand Jury Price in Sundance for his controversial Film “YALDA, A NIGHT FOR FORGIVENESS”, as also The Golden Leopard Cineasti del Presente at Locarno for Ilian Metev´s “THREE QUARTER”. His work on “THE ISLAND”, featuring Leticia Casta and Thure Lindhardt, brought him the award for best camera in Bulgaria.

Julian have shot more than 200 commercial and fictional project, between Iran and California.