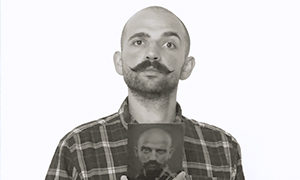 Nedelcho is a freelance cinematographer and photographer. He graduated photography from the National Academy for Theatre and Film Arts in 2010, while working as a photojournalist at Frognews.bg (2009-2010). As a photographer, he has had a solo exhibition under the title “Antarctica” and several group exhibitions. Nedelcho has an article published in NatGeo (Jan 2015 issue) and also won the magazine’s “Canon Photo of the Year” contest with a photo essay from Antarctica. As a cinematographer, he made the documentary “Great Needle Peak”, about the ascent of the peak on Livingston island, Antarctica.
Nedelcho prefers stop motion animation and time-lapse filming techniques. When it comes to work, he loves a challenge and an unconvencional approach.