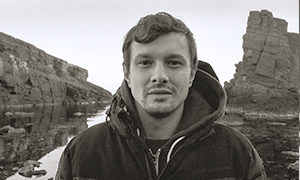 Victor began working as assistant director of music videos and commercials, as well as production assistant in short and full movies. After an year of professional experience in various productions, Victor made his first music videos.
In 2011, he completed his first short film named "Scratch", for which he won a grant and took part in many student film festivals.
He has worked with famous Bulgarian and foreign labels and artists. He has over 100 musical videos. In the advertising business Victor worked for brands like Zagorka, Kamenitza, Actavis, Walmark, Fibank, Nestle, Zentiva, Lidl, etc ..
His visual style is very diverse, dynamic and expressive. This makes him modern and versatile director.